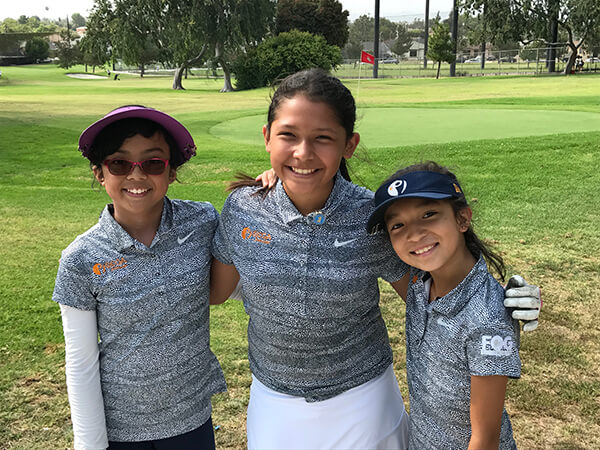 When school gets let out, we begin to dive in.

Golf not being the primary sport in these junior’s communities, there is a lack of opportunity to play golf competitively. SCGA Junior viewed this as a chance to grow the game by providing juniors the opportunity to participate in a competitive atmosphere with others of the same age and skill.

“It’s not too much pressure,” mentioned Amanda, a first time participant. “I’m having fun while learning and growing through the competition.”

The idea is to kill two birds with one stone by introducing these youth to the stresses of high-level competition that they hope to experience in the future, while also providing a fun, instructive environment of peers.

“It’s mending the bridge of player development,” said Director of Instruction Kaycee Wilke. “Between leisure golf and competitive golf.”
Juniors must be at least a Level Four golfer in our 9 level golf system to try out for the Summer League team. Once the team is assembled, there is a certain pride of accomplishment.

“It’s cool and I feel like I stand out!” said Nataliya, who is participating in the Summer League for the second year in a row. “Not to mention the uniforms make us all look like a team. A well-dressed team!”

With practices three times a week, many juniors take the opportunity to improve their game in between and notice the improvement in themselves.

“I play three to five times a week and I feel like I’m getting better,” said Jordan Ortiz. “The more I practice, the better I play. I’m also on the high school team so that’s where I’m taking these skills I learn over the summer.”

The Summer League had its finals earlier this month, where for the first time in five years it was an all SCGA Junior affair with our two sponsored teams meeting for the title!