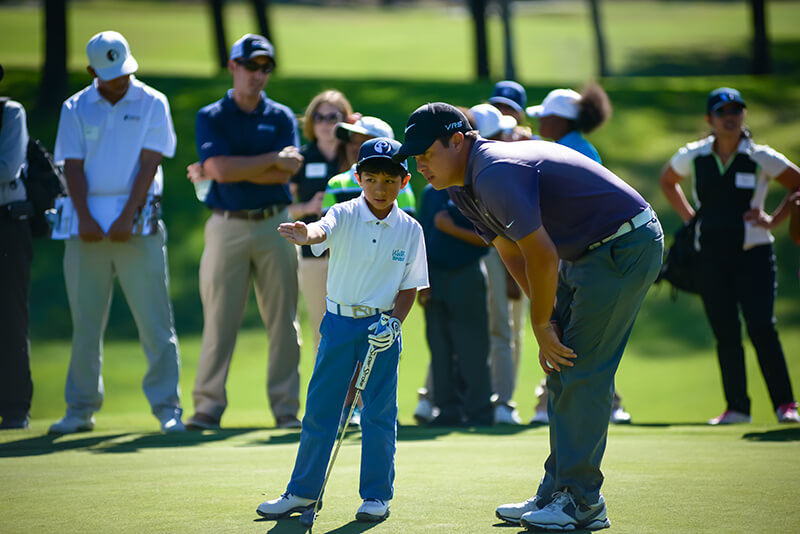 This past August, two outstanding SCGA Junior players made the long trek across country to play at the legendary Pinehurst GC in the U.S. Kids Golf World Championships.

Andrew Rodriguez, 9, and Taylor Reser, 7, both earned their way into this competitive international field through hard work, endless practice and a love for the game of golf at extraordinarily young ages – both started playing around the age of 2 and competing at 3 and 5, respectively.

For both of these budding stars, this was their biggest tournament to date.

“Not only was this the largest field either of them had seen,” said Marco, Andrew’s father, “but it was the longest yardages, most consecutive days and just an overall new and challenging experience.”

For Andrew, the tournament served as a huge stepping stone. He turned 9 years old just days before the tournament, which moved him into a new age bracket – one where he was not only the youngest competitor in the field, but also forced to play in a new format where players compete over three 18-hole rounds rather than 9-hole rounds, something he had never done in a tournament setting before.

“I was really impressed by how he handled himself. It was a stretch and some kids really started to show their stress,” said Marco. “Andrew never gives up and is super even keeled. I’m proud of how he handled this tournament.”

Ken Reser, Taylor’s father, has similar admiration for how Taylor handled himself on the course through both his team matches and individual stroke-play rounds, where he finished 27th overall. 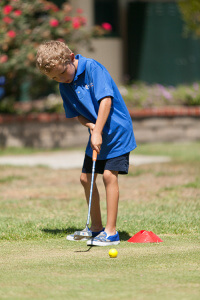 “I’m very proud of how Taylor presents himself, especially around other kids,” said Reser speaking to Taylor’s experience at Pinehurst. “He is very talkative and courteous to other players on the course, he has great golf etiquette and it shows a lot of maturity.”

“I definitely equate this [Taylor’s maturity] to the game,” said Reser. “Coach Teresa from SCGA Junior really emphasizes respect and rules of the game to the kids. Both Teresa and Desi are amazing coaches.”

Taylor, Andrew and their parents all noted the opportunity to play with kids from all over the world as the highlight of their week in Pinehurst.

“There was a moment on the practice putting green when Taylor was with some kids, all from other nations,” said Reser. “Seeing him talk to these kids from England, Mexico and all over while socializing together about something they love, it was a once-in-a-lifetime experience.”

For Andrew, a near hole-in-one and highlight 50-foot birdie putt on the final hole no doubt made for an even more memorable week.

Taylor shared a similar sentiment about the tournament and the friendship building he was able to do over the course of the tournament, culminating in a barbeque with his new buddies.

There is no doubt both of them have the itch to compete. Both Taylor and Andrew aspire to one day play on the PGA TOUR and idolize Jason Day and Jordan Spieth, respectively.

“I want to try my best so when I grow up I can try to be on TOUR,” said Andrew.

Until then, these two kids are showing off their skills and working hard to move up the ranks in international junior golf, participating in SCGA Junior instruction classes along the way!