Sky’s the Limit for Skylar Graham 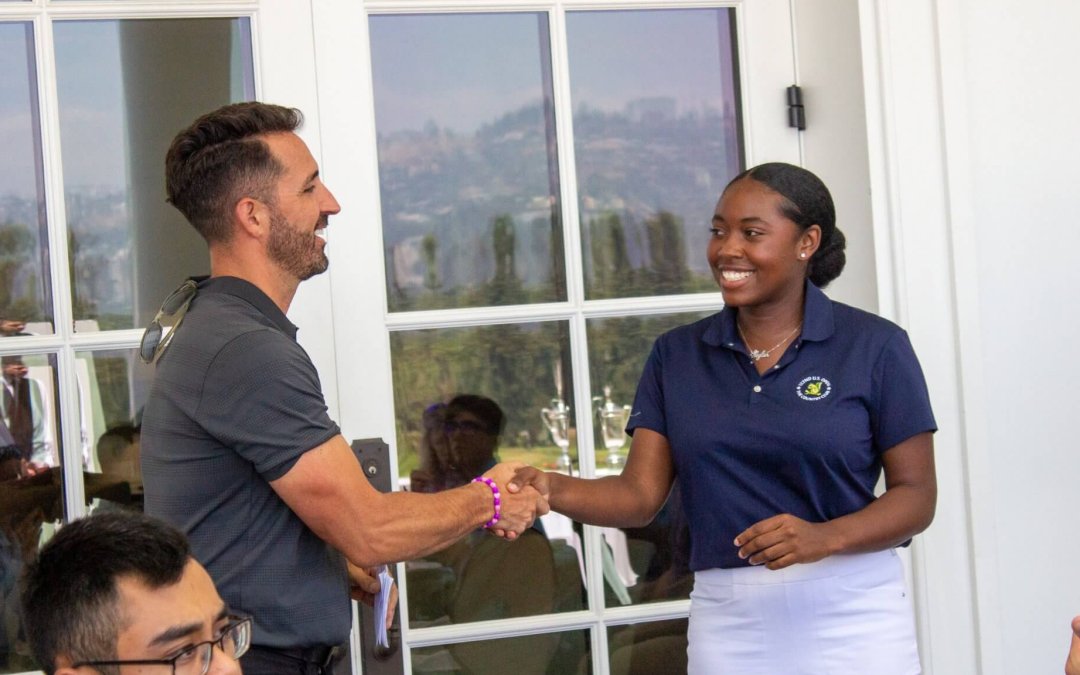 If life is a ladder, then Compton-native Skylar Graham is rapidly ascending the rungs.

A grad of the Harvard-Westlake School in Studio City – to which she bussed an hour and forty-five minutes daily en route to becoming two-time captain of the girls’ golf team – Graham now enters her junior year at USC with a budding resume’ belying that of most 20-year-olds.

Her most recent accomplishment: Being one of just 25 college and grad students across the nation to be selected as members of the inaugural Lee Elder Internship at this summer’s 122nd playing of the U.S. Open at The Country Club in Brookline, Mass.  The hands-on training program was aimed at advancing inclusion and diversity in golf.

Along with authoring four PGA Tour wins and eight PGA Tour Champions’ victories, Elder, who passed in 2021, was the first Black man to play in both The Masters and on the U.S. Ryder Cup team.

“The Lee Elder Internship was an unprecedented opportunity and experience that went beyond anything I could have imagined,” says Graham, who serves as president of USC’s club golf team. “The internship was truly an immersive experience.  We had an inside look into the operations of a major tournament through the USGA, and I also had the honor of meeting the CEO of the USGA, Mike Whan, and USGA President-Elect Fred Perpall.”

A past SCGA Junior Foundation Scholar recipient, Graham viewed the opportunity as another step in her hard-earned fairways.

“Being a part of the inaugural class meant that all the time, love, and commitment I put into this game was not in vain,” she says. “But more than anything, I was honored and grateful for an opportunity to learn and meet exceptional professional in the golf industry and beyond. The relationships I formed are invaluable, and I could not have imagined a more formative and inspiring experience.”

Elder’s pioneering path in golf speaks to Graham’s own experiences.

“I have been passionate about diversity and equity since I can remember — I know firsthand the challenges that come with being a Black female junior golfer from an underprivileged community,” Graham says.  “So, I am committed to being a leader and ambassador of this game and believe that the best way for golf to grow is to provide more accessibility and opportunity to young people who look like me.”

From being introduced to the inner workings of major championship golf to engaging with myriad industry and corporate leaders involved with the Open week Elder program, Graham’s impressive climb up the life ladder may well find another rung come future USGA internship opportunities.

With the ’23 Open at The Los Angeles Country Club, she not only feels motivated to stay in the golf world – but also courted.

“My biggest takeaway is that not only are more women and people of color needed in the golf industry as we become more committed to diversity, equity, and inclusion — but that we are also wanted in the golf industry,” Graham concludes.  “I was welcomed and embraced by executives of the USGA and The Country Club and told directly that they want to see people like me in these leadership positions. There are so many careers in the golf industry that exist beyond the tee box and the doors are truly opening.”