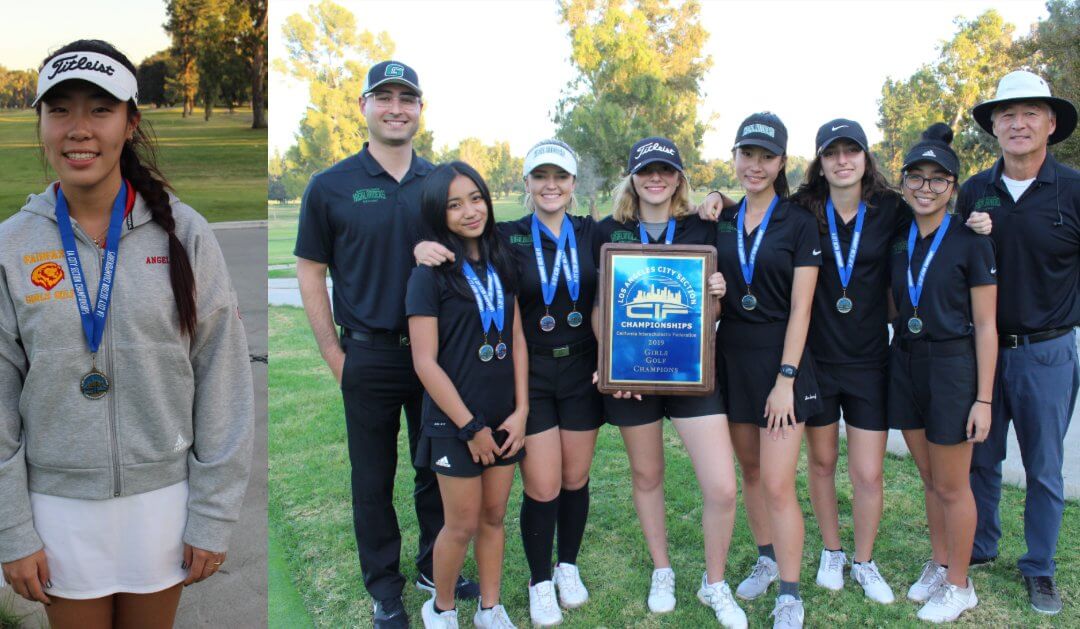 As the only player under par, Angelina Kim of Fairfax High School took home the 2019 Girl’s CIF LA City Section Individual title. It is her second section title, following a playoff win over SCGA Scholar Jasmine Lew in 2017. On the team side, Granada Hills Charter took home the title.

“It feels good to win because this is my last year of high school golf,” Kim said. The senior will play golf at Long Beach State in the fall. “Every year the competition gets better, but this is a fun event because I get to see all my friends from different schools.”

The last time Kim won the LA City Section title, she also took home the SoCal Girls High School regional title. It is a remarkable climb for Kim who didn’t play golf her freshman year because Fairfax didn’t have a golf team.

Kim, who shot 2-under, was able to hold off a surging freshman, Sarah Amaya of Birmingham High School, who battled with Kim on the back nine. After two bogeys on the back nine, Kim birdied 18 to overcome Amaya’s two back nine birdies. Amaya finished even for the day.

One of the best moments of the day came on hole 13 when Cleveland High School junior Jeissy Lee knocked in her first hole-in-one. After overcoming an anxiety attack earlier in the round, she rallied around the ace to finish the day in third.

“When I hit it, I knew that it was a good shot, but I thought it went too long,” Lee said. “Then I heard people yelling and I thought, ‘Oh my gosh, did I do it?’”

Another highlight of the individual competition was the participation of Brissa Castillo and Monique Ramirez of Bell High School. This is the first year that Bell has been represented in the Section championship after working with SCGA Junior instructors to help develop their team.

On the team side of things, Granada Hills’s low scorer was freshman Erin Ramos who shot an 85.

“Everyone on the team was working really hard and we all improved so much throughout the season with the help of each other,” Ramos said. “We’re all so excited to compete next week.”

With the win, Granada Hills advances to compete in the SoCal Girls High School Championship on Nov. 14 at Brookside GC. The other team joining them will be Cleveland High School, which had won the previous two LA City titles.

Full results from the day are available here.