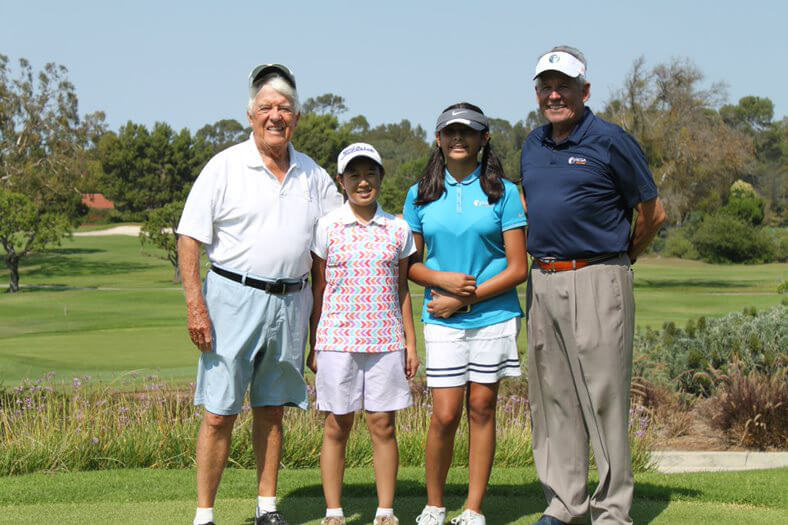 Walking off the course beaming, 12-year-old Briana Nakano was feeling a confidence boost that she hadn’t felt in a long time. After playing Palos Verdes CC alongside other juniors and members of the club, she was reminded why she loves playing golf – because it’s fun.

“What I liked about it was how everyone was so nice to each other,” Nakano said. “We could play together and no one was judging anyone else on how they played and we all had a great time out there.”

This wasn’t just a regular round as Nakano was playing in an SCGA Junior Play Day. These events are hosted by private clubs across Southern California where especially involved juniors are invited to the course and paired with members for the day.

The events are designed to introduce kids to golf courses they wouldn’t otherwise be able to play while opening the door for mentorship opportunities from club members.

“I liked playing with the members because they gave us a lot of advice,” Nakano said. “It was great to know that there was someone we could talk to and get help from.”

In fact, she enjoyed her day so much that she and her brother Bryant, who also played in the Palos Verdes Play Day, stayed up until midnight talking about it with their dad.

“Briana especially loved playing and interacting with the club members,” Lance Nakano said. “It’s hard for Briana to understand that the physical act of her swinging a golf club makes others happy. However, I think she is starting to understand because when she was at the driving range club members would stop and compliment her.”

And with good reason, Briana regularly hits her drives between 200 and 220 yards. Her father emphasized the importance of the day as a turning point for Briana.

“Before the Play Day I wasn’t as confident in myself, because there are a lot of other girls out there who are really good, and I didn’t think that I could have a chance with them,” Briana said. “After the event, I realized I do have a chance when I’m playing against them to do something really special.”

Confidence goes a long way for a golfer and a young person, especially when coming unsolicited from an adult. With her confidence boosted, Briana went on to play a great round, but the positive effects of her newly rediscovered confidence will last long after she was done at Palos Verdes CC for the day.

“With the tournament golf, there’s just so much pressure to do well,” Lance said. “But at the Play Day she was able to just let her hair down and have fun. It was a turning point for her. Usually she’s really stressed out, but at that events things just clicked for her especially feeling really good about herself.”

As someone who has been playing tournament golf for years, Briana said the day was a nice change of pace to what she was used to.

“You usually have to get everything perfect, but at these events you can just try your best and not be worried about every single shot and just do what you need to do,” Briana said.

The Palos Verdes Play Day has been Briana’s favorite event since joining SCGA Junior. Her face lit up when asked if she would want to do another one.

“You can have a lot of fun compared to competitive tournaments,” Briana said. “It’s a nice break because you don’t get to have a lot of fun, but in these events there’s people to have fun with and play with.”

Play Days are organized by private club members who want to invite junior players out to their course. If you’re interested in hosting a Play Day, please contact Jennifer Seislove.