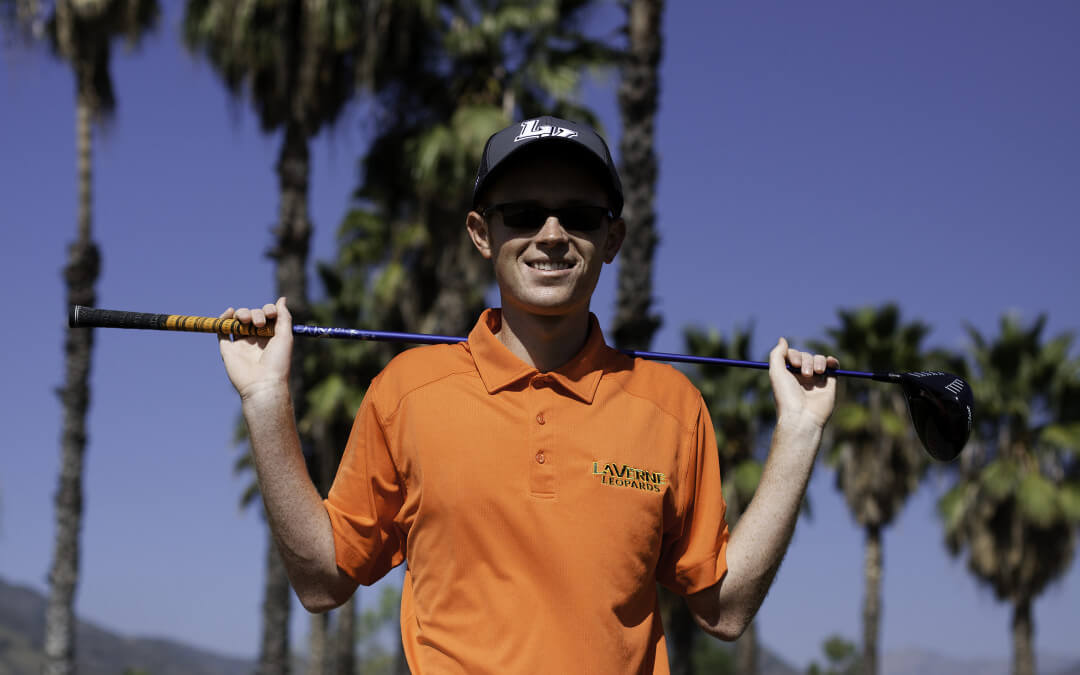 Originally seen in FORE Spring 2015
Alec Spencer is every-thing you’d want out of someone representing your organization, and SCGA
Junior is lucky to be able to claim him. Spencer, a 19 year old from San Diego, is one of 35 SCGA Junior scholars. A sophomore at University of La Verne, he has a long history with SCGA Junior and golf. But it’s his attitude, spirit,
demeanor and poise that make him such a valuable part of the SCGA Junior scholarship program.
“We’re lucky to have Alec represent our organization,” said Jennifer Alban, program director for SCGA Junior. “We’re proud of his golf accomplishments, but what we’re really looking for out of a scholar is a leader and role model, and Alec is both of those things.” Spencer says he became a scholar for those very reasons. “I had been a part of SCGA Junior for a while and heard about the scholarship program and thought it would be a great opportunity to represent the SCGA,” said Spencer. “They’ve done so much for me, I try my best to volunteer and give back to them as much as I can.”
He got his start in golf at a young age, getting out on the course with his dad at least once a month from the time he was 7. The game slowly grew on him, and he eventually dropped out of the other sports he was playing to focus solely on golf. “Seeing Tiger Woods dominate definitely helped get me interested and addicted to the game,” he said. But at 15, Spencer went through the toughest thing a high schooler could, losing his dad to lung cancer. “It was obviously really sad, but I’m so happy I got 15 years with an amazing dad,” he said. “He’s the one who taught me to play golf, so when he passed I started thinking about how I could take the game more seriously, see where it could get me. I knew it would make him happy.”
It turned out the game could also get him into college, via a scholarship to the University of La Verne, where he’s able to play golf and study business. Spencer, who is extremely personable upon first meeting, thrives off playing an individual sport in a team environment. “We’re a really small team and extremely close knit,” said Spencer. “I’ve always been a team guy, played on basketball teams and baseball teams, but being on a golf team is different because of how much more I love the game. Being with the guys, traveling, playing, it’s a really good deal for me.” It’s a good deal for his team too. Spencer is one of the best golfers in his conference, and was the only freshman to earn First Team All- SCIAC honors a year ago. “I owe a lot of that success to SCGA Junior,” he said. “Without it, I wouldn’t be playing college golf.”
Spencer first got introduced to SCGA Junior through a friend, who told him about the incredible deals associated with its golf pass program. As a SCGA Junior member, juniors receive $1-$5 green and range fees throughout Southern California. “Without rates like that, I wouldn’t have played as much, and I probably would have lost interest,” said Spencer.
Last fall, SCGA Junior  selected Spencer to speak at its Annual Hall of Fame Dinner, an intimate experience for the organization’s donors to witness a fireside chat with that year’s SCGA Hall of Fame inductees. Spencer had a prime speaking role, getting up in front of inductees Corey Pavin and Craig Stadler, board members, donors and other influential golf industry members. “That was really amazing … I never get to do stuff like that,” said Spencer, who also shared that the dinner was the first time he had ever worn a suit. “It was a privilege to get up there and speak about the
two things I love most: golf and my dad. That was really a treat.” -Julia Pine