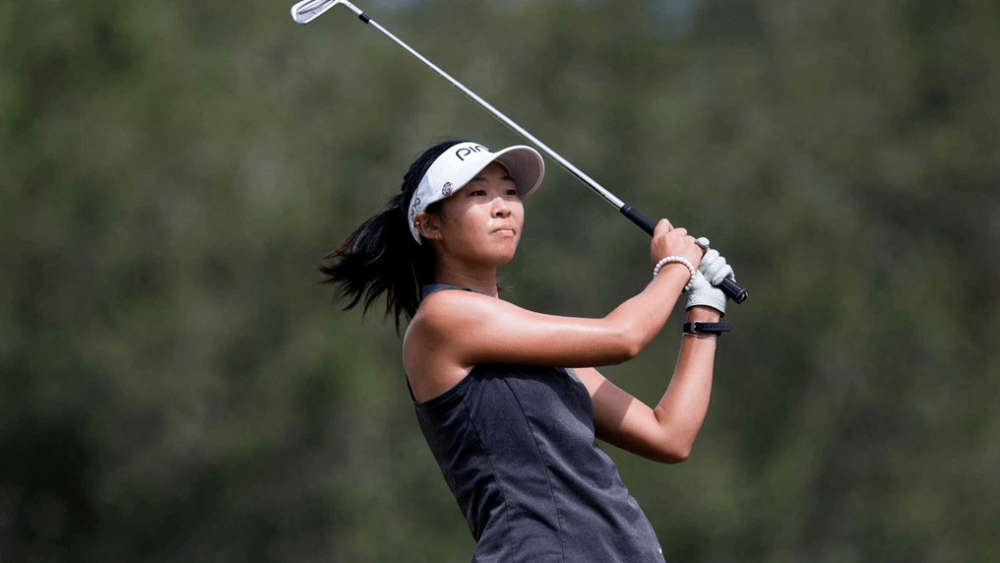 For some, golf is a hobby. For others, golf is a coaching opportunity. And for a select few, golf is a profession.

For Erynne Lee, a 27-year-old LPGA card holder, golf is a combination of all three.

After a decorated competitive career that catapulted her to the then-Symetra Tour, Lee’s flame of eagerness to give back to the game did not extinguish. Starting her coaching career with SCGA Junior, Lee recently relocated to New Jersey with her boyfriend and accepted an assistant coach position with the Princeton University women’s golf team.

Born into a golf-savvy family, Lee was destined for a life on the course. While her father is a “bogey golfer,” he still encouraged and challenged Lee to pursue golf and “just keep swimming.”

Besides her father, Lee’s younger sister followed the family legacy and picked up the sport. The Washington residents quickly made golf a “family affair.”

At the age of 9, Lee swung her first club, and the rest is a series of accomplishments that not only make her family proud but inspire the children and teens everywhere to fall in love with the game.

At 12-years-old, Lee was competing on the national stage, which proved to be successful. From there, golf followed Lee into her college career where she played competitively on full scholarship for UCLA’s women’s golf team from 2011 to 2015. She enjoyed the competitive atmosphere of the team and the school—going on to receive her degree in psychology.

All her hard work in college paid off; Lee held a career in professional golf for over six years. In 2016, Lee joined the Symetra Tour, the Official Qualifying Tour of the LPGA. Her incredible scores rewarded her with an LPGA card in 2018.

Lee attributes much of her success to the coaches on the Symetra Tour, who made sure she was well-fed and taken care of each day while she navigated a demanding practice schedule.

“Being able to perform on the highest level week in and week out (was a challenge),” she admitted.

But Lee did not limit her passion and proficiency for golf just to a professional setting.

“I’ve been transitioning out of the competitive environment and pursuing coaching and teaching,” Lee said.

Where she was once working day-in day-out on her own personalized schedule, Lee began working around the schedule of youth in the greater Los Angeles area as a coach for SCGA Junior. Late afternoons during the week and early mornings on the weekend defined the start of Erynne Lee’s transformation to golf coaching.

“As a player, you understand golf from your perspective and point of view—in the way your body reacts and swings the golf club,” admits Lee.

The adjustment to teaching was no easy task, but it was one Lee found incredibly fulfilling. She acknowledges that everyone comes from different walks of life, which dictates their understanding of golfing in general.

Her best tactic to help the golfers-to-be is showing enthusiasm and energy while still offering mechanical adjustments, which was rewarding for both parties.

“The kids would learn from the weeks prior and seeing them grow individually was fulfilling for me as a coach,” she effuses.

Despite the transition to coaching, Lee acknowledges her days of competing aren’t quite finished either.

“I’ll definitely have other opportunities to play down the road, so I haven’t closed that chapter yet.”

As for the golf community, Lee understands how frustrating the game of golf can be.

“You have to persevere—we all watched the movie ‘Finding Nemo’: ‘just keep swimming.’”

She also encourages connecting with a local pro, or even head to YouTube for testimonials and tutorials.

Anyone can be a golfer, whether it be a hobby or a profession.