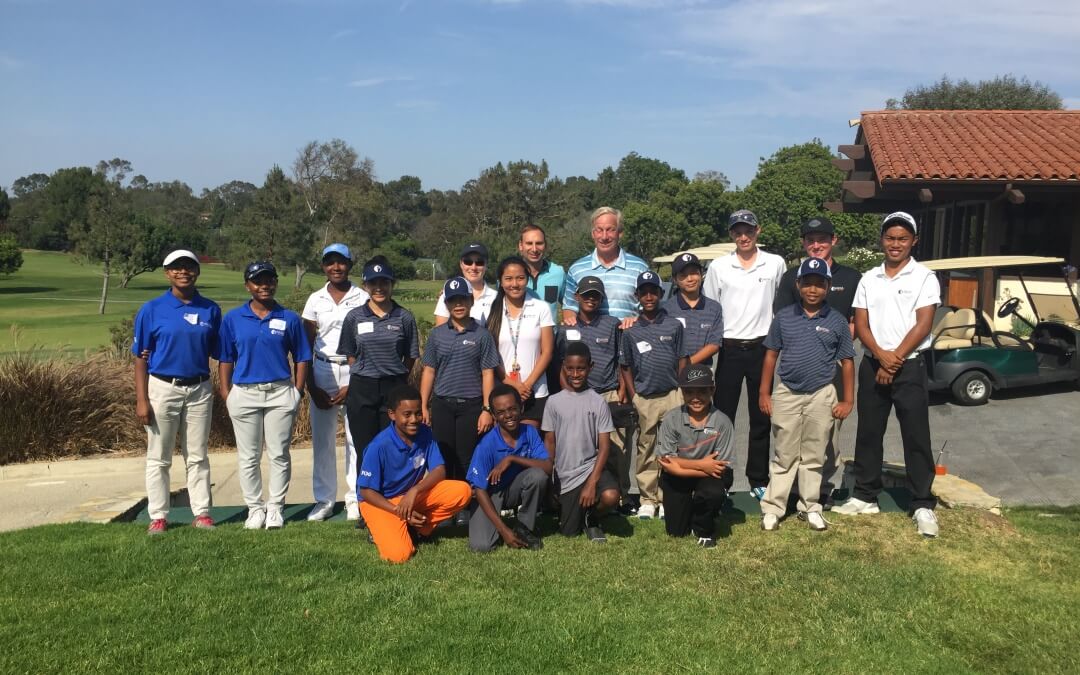 The Palos Verdes GC hosted the third annual SCGA Junior Golf Foundation Play Day on Tuesday, June 21st.  A total of 17 members were able to team up and mentor a specific junior throughout the day.

We were lucky to be joined by Tom Sullivan, who kicked off the day with a motivational speech.  High school student and SCGA Junior instruction program member, Dana Bryant, found his words to be especially encouraging.

In a thank you message to Tom, Dana stated “I feel honored to have met you and listen to you speak.  You were very inspiring to me, especially with your encouragement telling us (juniors) that we can do anything we put our minds to.  My favorite quote was when you said ‘Remember that no fence is too high to climb.’ Thank you again for your kind words and sharing your funny stories!”

The groups then teed off for a competitive 9-hole round.  The format played was that the teams would score 1 ball on a Par 3, 2 balls on a Par 4, and 3 balls of the four person team on a Par 5.  However, the focus wasn’t on the scores being shot that day.  11 year old, Jesse Palazuelos, paired with Scott Chernoff, appreciated the time he spent on the course learning about the speed of the greens and where to hit smart shots.  He also spoke to the group after the round about how he learned that he’s supposed to clean his golf clubs!

At the end of the round, one team came out on top, the foursome of SCGA Junior Scholar, Kailee Ward, SCGA Junior instruction member, Miles Flournoy, and PVGC members Michael Sinclair and Alan Bergland.

SCGA Junior member, Sofia Alonso, summed up the day by sharing “I really had fun playing at Palos Verdes and never thought I would have a chance to play at a country club.”