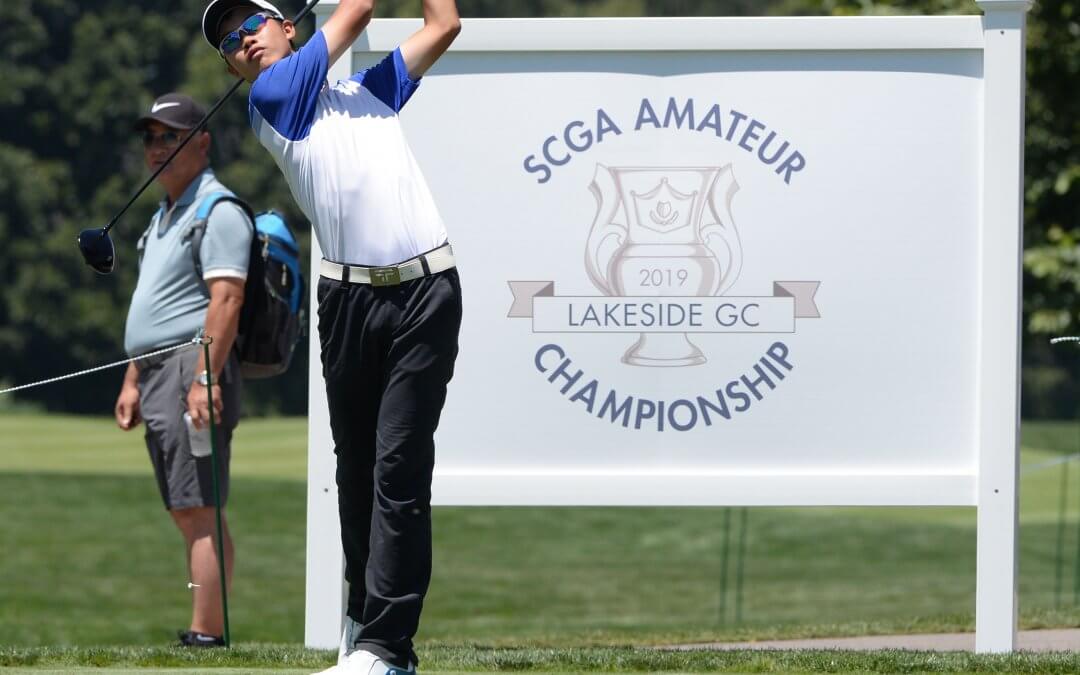 “It’s a privilege to play such a nice course at any time,” said the sixteen-year-old, who is the youngest player in the 84-person field. “I’ve just been trying to appreciate every moment on this course and in this championship.”

Evan is a back-to-back SCGA Amateur Championship qualifier, after earning a spot in last year’s championship at La Jolla CC.

Despite it being his first time at Lakeside, Evan held his own, shooting a 79 in the first round before withdrawing in the second due to illness. Even though he didn’t play as well as he wanted to this week, Evan held his head high and emphasized the amazing experience that he had.

“This whole experience has been a highlight for me,” Evan said. “I knew Lakeside had a good reputation, but I didn’t know that there was a course this nice in LA, because I usually play muni courses.”

For a high school golfer, it was also important experience to play in a tournament against some of the region’s top collegiate golfers including UCLA’s Devon Bling, USC’s Charlie Reiter and Pepperdine’s Sahith Theegala.

“This is one of the hardest courses I’ve played, so getting to meet all these really nice people has been so nice,” Evan said.

One of the ways that Evan prepared for this tournament was like any other – using his Golf Pass. Evan said that it helps him keep up with his game when he’s on the road and helps him keep his game sharp.

Despite not making the cut this year, Evan isn’t hanging his head low. He is set on qualifying again next year and making it three in a row.