Giving Back Through Golf 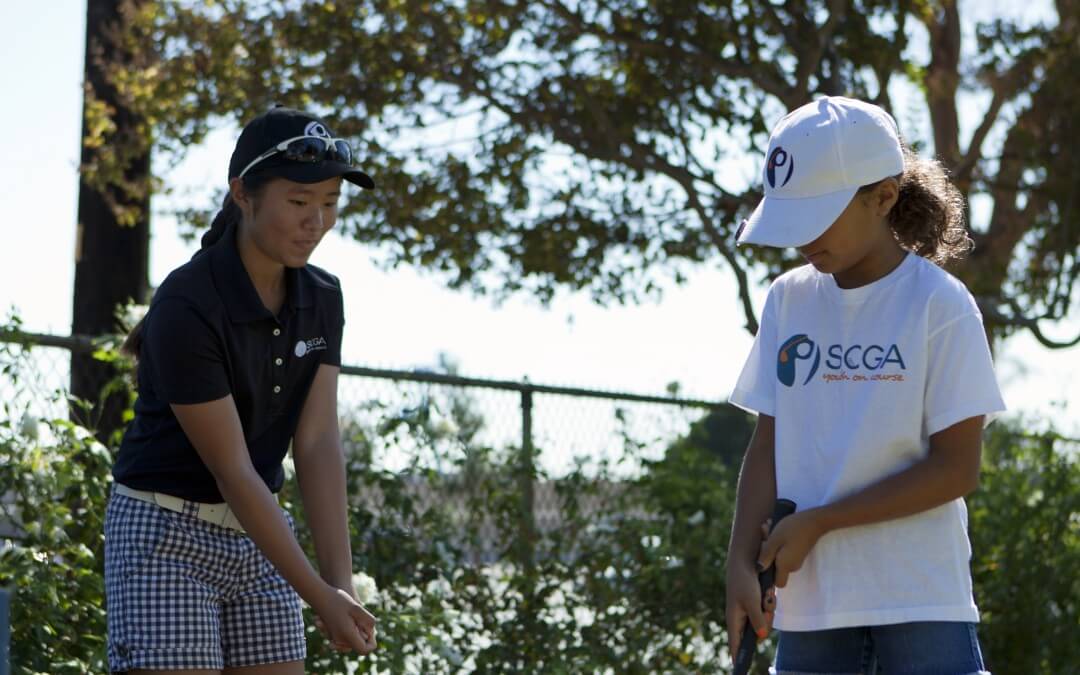 Tis’ the season for giving. Or Twas’ the season (but shouldn’t every season be about giving)? Either way, we can look to 13-year-old SCGA Junior member Ashleigh Park for an example of what it means to give back. Ashleigh, a seventh grader at Newhart Middle School in Mission Viejo, was given the gift of golf at a young age, and now she’s helping give it back to others. “My dad told me that I was going to help others because others had helped me,” said Ashleigh, who has
volunteered at a number of SCGA Junior Outings. “But it’s been so much fun. I feel like I’m in second grade again when I’m with the younger kids because they just have so much fun playing golf and I get to experience that with them.” Ashleigh began playing at seven years old, balancing her love of golf and soccer for a while before deciding to turn all her athletic attention to the links. “Now I play golf every single day, and I don’t want to stop playing every day because it’s my thing,” she said. “I love it.” Almost immediately after becoming involved with golf Ashleigh became a member of SCGA Junior. “My dad signed me up,” Ashleigh said. “SCGA Junior helps us afford golf, but it also helps me get better. I can practice more, hit more balls and play the course more often.” With SCGA Junior’s golf pass, Ashleigh is able to hit buckets of balls for $1-$2 and play courses for $1-$5. The practice has paid off, and in 2014 she qualified at just 13 years old for the final playing of the U.S. Women’s Amateur Public Links Championship, where she shot rounds of 75-75 to just miss making match play.“That was an awesome experience,” she said. “Entering the golf course I saw the banners of previous champions and just thought, ‘Oh my god, I can’t believe I’m here.’ They treat the players so well at events like that, I had never experienced anything like it.”Ashleigh keeps up with competitive events all year long in the SCPGA’s Toyota Tour Cup, and also plays in a number of AJGA tournaments in the spring and summer. Next up? She opes to improve her game enough when in high school to play collegiate golf. “I definitely want to play in college,” she said. “I’ve heard from Annie Park of USC how much fun college can be and how beneficial it is to play on a college golf team, and that just makes me want to try it. I’d also love to make a Curtis Cup team. Those would be goals for me before hopefully turning professional.” But the biggest goal for Ashleigh, who hasn’t forgotten the lessons of giving back taught to her by her dad? “To be honest,” she said, “I just want to be one of those players that make a difference.” -Julia Pine (Originally seen in FORE Winter 2014)